About four years ago the Directors of the Great Western Railway Company decided to organise a series of lectures on Signalling and the Safe Working of the Railway, and the instructors had placed at their disposal a number of sets of what are probably the most perfect models of the kind in existence. There is at present a chief school at Paddington, and similar schools exist in various towns on the system. The members of the clerical staff, for whom the schools were designed, have freely availed themselves of the opportunity thus given them. Certificates of efficiency are given after examinations, and these weigh with the officers in their decision in selecting men for promotion.

At Paddington a staff of four instructors take turns in lecturing to the students, while Mr. A. E. Bowden, who has his offices at Paddington, is chief of the whole system of Signalling Schools. Every student leaves the school sufficiently proficient to undertake duties in a signal-box. There is no detail lacking in the model railway, which extends the whole length of a bench some thirty feet long. Several model engines with a proper equipment of passenger carriages, produce cars and trucks, are arranged to run on the line, while the signal levers are absolutely interlocked in the same way as those in a full-sized signal-cabin, making it impossible for conflicting signals to be lowered or conflicting movements to be made.

Even the smallest detail is worked out to perfection in the models, students being taught to fit the proper head-lights and tail­lamps to their trains, and made thoroughly conversant with the uses of catch-points, which are arranged on our railway systems to derail any runaway vehicles and prevent them entering on to the main roads. By means of a full-sized model they are given the advantage of studying the electric signal repeaters, which inform a signalman in his cabin if a signal-arm fails to respond to the movement of the lever, the lamp repeater giving similar warning if the light at any time goes out. Photographs by Clarke and Hyde. 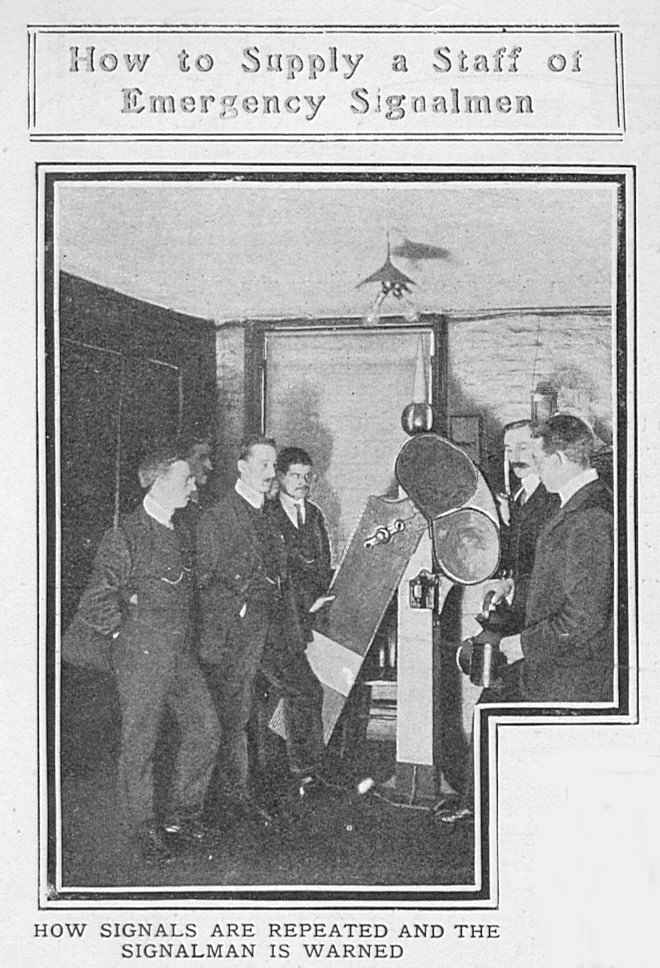 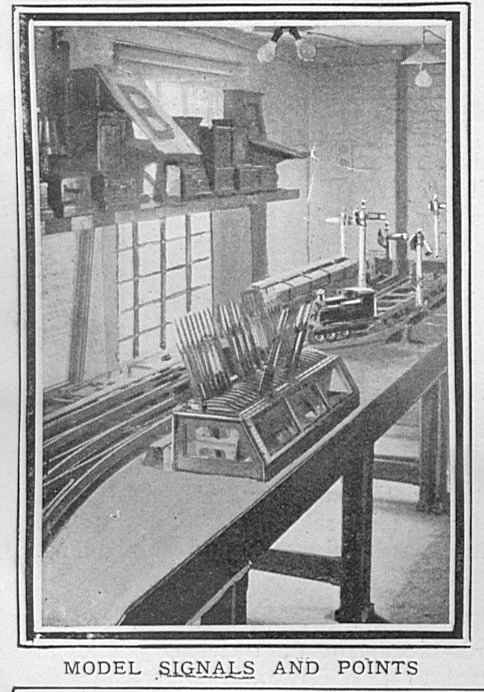